So with so many holidays lately, it’s led to a lot of reflection on holidays in general…so here’s some random thoughts on holidays:

Part I: The 3 Most Over-Rated Holidays in American Culture:

So I know already a bunch of guys are in shock! How could I possibly not love slutoween?!?!

People Valentine’s Day is annoying for:

Ah, the grand-daddy of them all.  Every year it seems like a let down.  Everyone sets high expectations only to realize it’s just another day except you do a countdown at midnight and get hammered…but maybe that’s just Tuesday for some alcoholics out there.  Couples try to come up with some great way to spend it and single people run around looking for that midnight kiss.  I’ve done quite a number of different things on New Years both locally and travelling and think I’m about 1 for 8 in the various attempts.  The only one that rocked? A party with friends…which I don’t need a countdown for.  Enjoy standing in the cold watching a light bulb drop because of an “arbitrary Gregorian boundary condition!”

Part II: The 3 Most Under-Rated Holidays in America:

Ok, so admittedly, I think most people do think a bit about Thanksgiving, but I think it’s underrated because of it’s simplicity.  Get together with family/friends, have a great meal and relax for a day…and go shopping the day after and get great deals.  Where’s the drawback? There’s no pressure of buying gifts for people, no religious questions to worry about offending anyone who may/may not celebrate (more on that later) and other than travel costs to home, is a pretty inexpensive holiday.   Every holiday involves a big meal, so for Thanksgiving hosts, it’s nothing out of the ordinary as holidays go…

Our nation’s fight for freedom and history of great servicemen and women is so grossly underrated. We’re only 200 and change years old and we’ve had quite a few major wars, most of which we’ve not just won, but been the critical piece (see WWI and WWII).  That’s something to be proud and grateful for. Especially for those that would never fight themselves either as “conscientious objectors”, or those medically unable, they should be particularly grateful  of the sacrifices soldiers have made and are making.

Regardless of how you feel about current missions our soldiers on, we should be recognizing and showing appreciation for all those that served in the past and appreciate the soldiers that are following orders today to keep us safe.  Think about their families and the sacrifices they make.

1) The Fourth of July

Sun. Barbeques. Fireworks. Big action movies. This holiday is all about America and it oozes America. Even in unfriendly climates like Boston it’s virtually always a great day on the 4th and it’s got fantastic back meaning thanks to our forefathers.

If I could pick only one holiday, this is definitely my go to holiday. No matter what I do that day, it seems like it’s always a good day. I still remember seeing Independence Day in theaters when I was a kid and I’ve been to more great barbeques than I can count.  And of course all of this is always topped off by fireworks, which who doesn’t like colorful explosions in the sky?

Did you know there are holidays called Christmas, Hanukkah and Kwanzaa that just passed? If you watched the words people used in communication (Twitter, email, media) you would think they don’t exist, because it seems like everyone has been thrown into “Politically Correct” land where it’s better to recognize nothing than risk offending someone by recognizing something. I realized even I fell into it as rather than having the interesting conversation of  “what, if anything, do you celebrate this time of year” I usually used the weak, safe “Happy Holidays” comment.

America was formed by those coming to be able to celebrate their beliefs freely and long have immigrants come and continued to preserve their cultures. I’m more than a little concerned as we seemed to be moving to a homogeneity that hides any cultural meaning from everyone; it should be okay that we’re all a bit different in how we celebrate this season! Even on Christmas day, I found that most television stations still didn’t pass the message of “Merry Christmas” and I didn’t see any mention of Hanukkah this year, which seems foolish to ignore as well.

By celebrating and recognizing all the individual holidays you actually encourage diversity as you can then pick up on other people celebrating their culture (and in many cases, but not always, religion).   Because of this, I plan to next year be much more proactive and try to learn how people around me celebrate and give them a proper holiday greeting…and avoid the weak, blind “Happy Holidays” crutch that teaches you nothing.

So these are my thoughts on holidays. What holidays do you think are underrated and overrated? Do you think we’re hiding the December holidays under the generic “Happy Holidays” messaging?

3 thoughts on “American Holidays: Most Underrated, Most Overrated and Ignored” 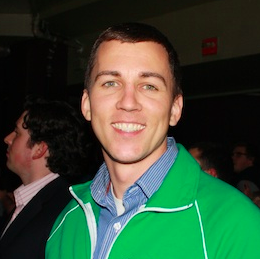